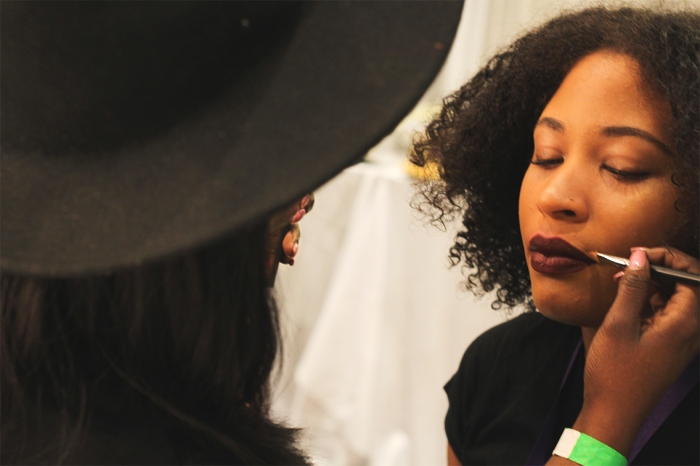 Due to climate change, unsustainable production and poor working conditions, we have heard a lot about global food, clothing and energy industries and why their practices might need reform – but what about your makeup? Is your choice of foundation or eye-liner important when it comes to these big, global issues? Can you make a difference?

Makeup And Your Carbon Footprint

Plant ingredients in cosmetic products have to come from somewhere, yet the way these are farmed and produced can seriously affect the local community and environment. The concern over palm oil, the associated destruction of the rainforest and its effect on carbon in the atmosphere is not a new phenomenon. Vast swathes of rainforest across the globe are being cut down to make way for new palm oil plantations, with devastating consequences for orangutans and other animals. Production of palm oil also contributes to nearly 10% of all global carbon emissions according to some estimates, and yet it can still be found in multiple cosmetic products you might not be aware of – seriously contributing to your carbon footprint.

The other issue when it comes to the environment and sustainability is waste. Some estimates suggest that 70% of the waste that the cosmetic industry produces, comes from packaging alone. Just think about it – how much white cardboard and plastic do you have to throw away after purchasing just one item of makeup? Much of this waste ends up in the ocean where it is causing significant problems to plant and animal life – it is thought that over 12 million tons of plastic enter the ocean every year. Combined with the use of clean drinking water in the production of certain cosmetics, the carbon footprint and environmental impact of your favourite moisturiser or lipstick could be much higher than you previously thought!

Mica – A Product Of Modern Slavery

One of the other reasons why you might want to think about your next makeup purchase is one you might not have thought about – slavery. It sounds dramatic, but your choice of makeup could very well be contributing to modern slavery through the ingredients it uses. Some research suggests there are around 25 million slaves worldwide working in the extraction and production of numerous chemicals, foodstuffs and plants. One of these is mica, a silicate material often misleadingly marketed as an ‘organic’ substance. Jharkhand in India has the largest deposits of mica in the world, and the abundance of poverty in the region has led to widespread child labor in its mining. Some companies are trying to stamp out the unethical conditions that contribute to modern slavery – ASOS, for example, has developed an online digital training program on modern slavery for all its employees.

Perhaps the most important reason for making conscious makeup choices rests in the very act of making a decision – putting pressure on companies to focus on their responsibilities is one of the best ways to help the planet and everyone on it. When a cosmetic company focuses on sustainability and the environmental impact of its products, not only does it help the planet, but the company earns the respect of its consumers, suppliers and distributors – everybody wins!

Much like animal testing a decade ago, sustainable production and ethical choices when it comes to the production of makeup is slowly becoming the norm, but we’re not there yet. Don’t forget: your decisions as a consumer can have a massive impact!

This site uses Akismet to reduce spam. Learn how your comment data is processed.

I Do It For The Gram'